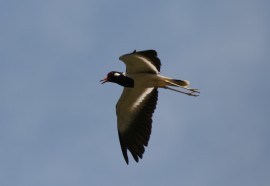 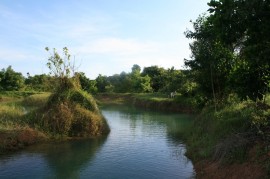 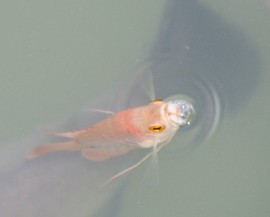 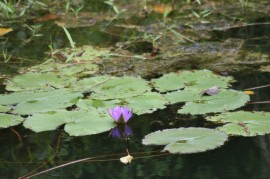 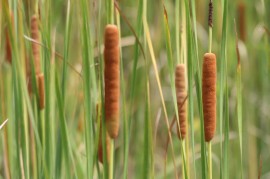 Old maps of our area show a body of water near the resort and, as is usual in Thailand, the villages are named after the landscape, so the biggest village back then was called White Water lake (Nong Nam Kao in Thai.) I knew nothing about this four years ago, when our gardener took a guest to visit this place, who was interested in buying land and planting an avocado orchard. It was Mother's Day, August 12, so it was the rainy season. We hadn't walked far when our heels sank into the mud and I noticed reeds and puddles up ahead. We quickly retreated as l realized this land would not be suitable for an avocado orchard.

I was curious however - what was the source of water - and a couple of weeks later went for a bicycle ride around some of the little tracks close to this land. I found many little ponds and streams, some with beautiful green blue water and realized that the source of the water must be fresh water springs - after all the hill behind our place was called Springwater Hill. It caught my imagination and I suggested to Surin perhaps we should buy this waterlogged piece of land ourselves. Although at first he wasn't interested, but later he agreed to take a look and we tramped through the tall tussock grass, and reeds where we saw a hunter's tent next to one of the ponds and a net strung up to catch birds. Obviously this was a magnet for birds. Already the idea of a sanctuary began to form in my mind. When we did buy it and the land around it, this became our major project - restoring and preserving White Water Lake wetlands sanctuary.

This is important ecologically, as it is rare to find such a body of fresh water so close to the sea (about one kilometre away) as, all over the world, wetlands are being destroyed as part of tourist and urban developments. Although White Water Lake was once was the major water catchment for the area, by the time we found it, it was degraded land on multiple titles, with multiple owners (we accumulated it in stages). Of the original lake, only a couple of ponds remained, which dried up during the dry season; mostly it was a tangle of tussock and reeds and rocks ??? previous owners had sold the topsoil as landfill.

After much restoration work on our part, now it is an ecosystem of around 15 acres: a lake and wetlands nature reserve, which includes pockets of forest and grasslands alongside organic permaculture orchards, rice fields and forest gardens. The unique ecosystem attracts a mixture of sea birds, fresh water birds and forest birds as well as many varieties of fish and snakes, including pythons.

Already we are seeing great richness of bird-life, clarity of the water, health and diversity in aquatic life, a variety of trees and flora, diversity and abundance of fauna and insect-life. We also use it for production of food with pineapples, bamboo and coconut and banana trees alongside the lake, and it is a year-round water supply.

We have two cows (one in calf) and a couple of rice paddies as well as fruit orchards and herb gardens. Our goal is to make it a demonstration farm of traditional Asian agriculture in harmony with nature and in keeping with the Thai philosophy of ″Sufficiency Economy″ as developed by the King of Thailand which follows principles of moderation, reasonableness, and adequate immunity (against unforeseen events or crisis).

We often take guests there to see the lake, watch birds and feed the fish and the cows (after being brought up in fruit orchards they love mangos, bananas, papayas, rambutan and rose apples) and in the future we also hope to keep bees and chickens. It is a never-ending source of enjoyment and fascination for everyone who visits and we are pleased that we have been able to protect this area from development.